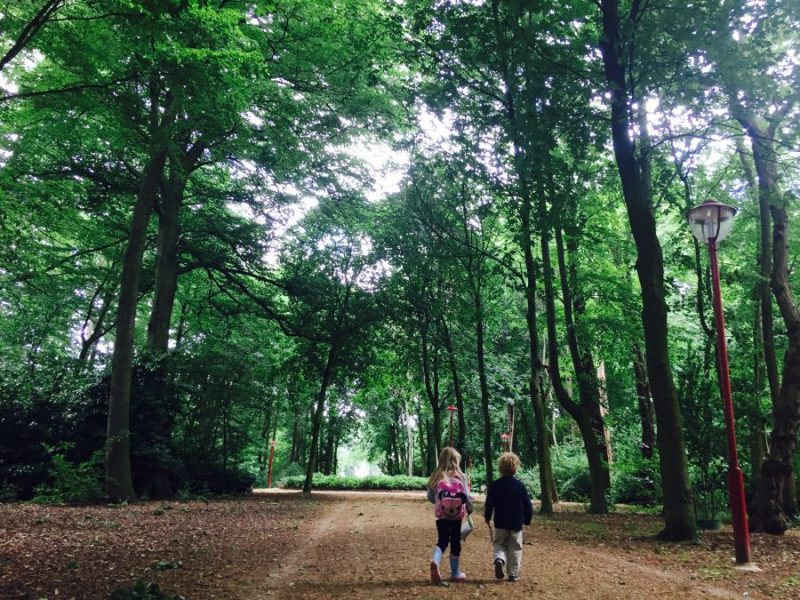 Gravel crunches under my feet. Naked trees loom above me, their skinny limbs reaching into the grey cold sky. I push faster – dodging patches of ice and slow Belgians. I must be the coldest and fastest person in this country right now. The red thermometer flashed outside the Chinese restaurant around the corner: 3 degrees. Celsius to Fahrenheit mental conversion is just something I have little will to master, but I do know this. Three degrees is cold. I chase the puff of frozen air ahead of me while jamming to my American rap and pop music buzzing in my ears. Two 1800 meter laps (about 2.25 miles – that I did convert) around Te Boelaerpark and I’m done. Over it. As I exit the park I question my Texas-purchased Target running gear and look forward to non-freezing days ahead.

A few months later crocuses sprout through dead leaves – those precious flowers I became acquainted with while living in the Netherlands – they are the first signs of spring. The daffodils come next, then tulips. The weather warms and with that, the trees bud and bloom. I’m reminded of why I love living in Europe – the seasons. In Texas spring lasts a week or two when the Bradford Pears burst into snowy blossoms then you’re into summer. And not a European summer where everyone trades their jackets for sleeveless shirts and sits outside drinking gin and tonics, their faces turning to the sun like flowers. Texas summers are a bi-polar experience of either slugging away outdoors, dripping with sweat or hibernating and shivering in A/C as said sweat cools. Spring in Europe is an excruciatingly forever-long process that takes months and months. But the reward? Is beautiful.

I shed my fleece-lined running gear for shorts and sleeveless tops and head out. The trees now crowd my view of the sky, lush and full of green leaves. Crowds of people gather at the park. On weekends families spread blankets on the ground, pour glasses of rose’ and laugh as the children run through the grass. The playground is a crush of children – running through the sand, dancing through the water pumped from the ground, and screaming from the zip-line (It’s fun. I’ve tried it). During weekday evenings grown men play soccer while children shoot hoops. Neon green vested children from local schools compete in field day like activities during the week.

This is Te Boelaerpark, just outside the Antwerp loop in the district of Borgerhout. The park itself, named for “Boe” as in boek or book and “laer” is an old word for clearing in the forest. Upon researching the park, I learned there are over 50 species of trees in the park including oaks and magnolias (just like home!). The history of the land begins in 1385 as a farm site and the domain expanded to a retreat and castle in which noble families and wealthy merchants would frequent. In 1574, the property was owned by the Hellemans family who decorated the property with stone statues made in Italian fashion. The property passed ownership throughout the centuries and was owned by Baron Osy, who was a member of National Congress in 1830. He died of cholera in 1866 at the Te Boelaer Castle. After his death, the property passed to his daughter, Mrs. du Bois de Vroylande-Cogels, wife of the governor (Cogels-Osylei is the famous street in Antwerp in which all the fanciest of houses are built. . . coincidence? I think not. . .turns out Cogels and Osy are long-time aristocratic families of the area.) She sold her estate and castle to the city of Deurne. The municipality of Borgerhout obtained the property in 1912.

A quick run through the park reveals the old and the new. There is a local school on the grounds. It’s cute – and upon my research, I discovered that the school buildings were added to the park to resemble the fashion of the original  castle. The old castle was badly damaged during WWI and WWII. (I read that the Germans occupied the castle during WWI.) Empty and abandoned, the grand castle fell into dilapidation. Due to high restoration costs, the city council voted against the preservation of history, and the castle was demolished in 1979. A fountain now stands where the castle once was. The Cogels Pavilion or hunting/foresters house is the only building that still remains today.

Both the number 4 and number 9 trams stop right outside the entrance gates. Nestled in a suburban neighborhood, parking on side streets is available too.

Te Boelaerpark is beautiful any time of year – playgrounds, basketball hoops, and soccer fields entertain. But after a fast run through the trails, cool down, listen. The grandiose trees and fields whisper the ghosts of the past – aristocrats long gone and the castle that housed them.