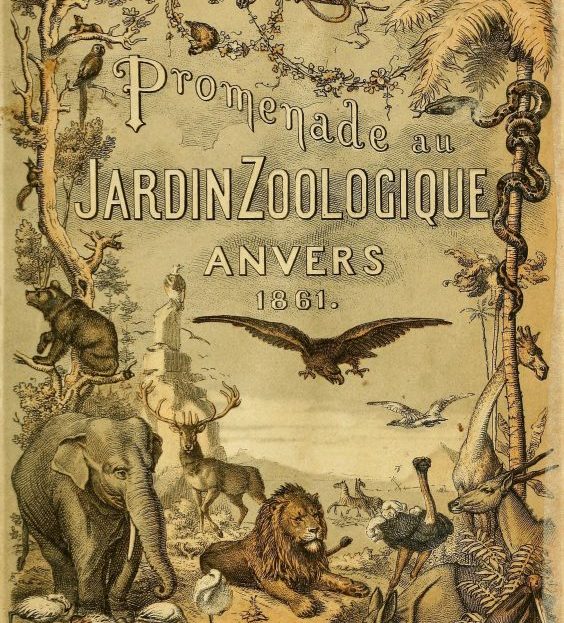 “The Antwerp Zoo is stunning, it’s really a botanical garden with animals,” a fellow expat friend told me last fall. “Have you been?” she asked.

Despite the numerous times we’d visited Antwerp while living in the Netherlands, we never had taken the kids. Passed it plenty – it’s just steps from the Antwerp Centraal Train Station, but with daily prices at a rate of 19 Euros/child and 24 Euros/adult – 86 Euros just seemed like a lot to shell out in one go. Upon moving to Antwerp we quickly discovered the beauty of the zoo membership. For 189 Euros, the whole family could have unlimited access to not only the Antwerp Zoo, but also its sister zoo – Planckendael. A visit to each park and the membership basically paid for itself! (Isn’t that how they always get ya?) Both of my kids, within their first month of school, had already visited and raved about the zoos. So for Pakjesavond, Sinterklaas brought our family the gift of the zoo – a year-long family membership. (That’s the gift that keeps on giving all year round, Clark!) With three kids and beautiful spring and summer weather, we’ve already popped in and out of the Antwerp Zoo multiple times, and Planckendael for Father’s Day.

It was our visit a few weeks ago – as the spring kissed the summer and the weather blossomed into warmth, that the gardens were at the height of maturity. After stepping out of the train station, we marveled at the details of the original gates, as always. The zoo was founded in 1843 – which makes it the oldest animal park in Belgium and one of the oldest in the world. We handed our membership cards to the staff, who helped us scan them and opened the gates for the stroller.

It was just as stunning as my friend described – the zoo itself, classified as a historical monument in 1983 – is a tribute to ancient architecture and modern technology. New life, the celebration of nature – animals, trees, and flowers take center stage against a backdrop of history. Grassy hills dotted with trees and sprinkled with flowers turned our heads as we walked towards the primate habitat. The baby Spider Monkey, born in January, swung on ropes and fell multiple times – to the delight of my own children. Elegant flamingos danced in the shadow of the art deco Antwerp Central Train Station. Elephants are housed in the Egyptian Temple, which was built in 1856, during the period of zoo expansion from 4 acres to 26 acres.

The kids were able to burn off some energy by climbing the death-defying rope playground in the center of the park. (Okay, so it’s not death-defying since all playgrounds in Belgium are set in sand – what a mess – but it still involved lots of ropes way above the ground. They loved it though. Being an American mother in Europe sometimes has its challenges – Let it go! Let it go!)

As we shuffled through the park, exploring the hippopotamus habitats, marveling at the seals, and smiling at the leopards, a silence fell across the zoo. 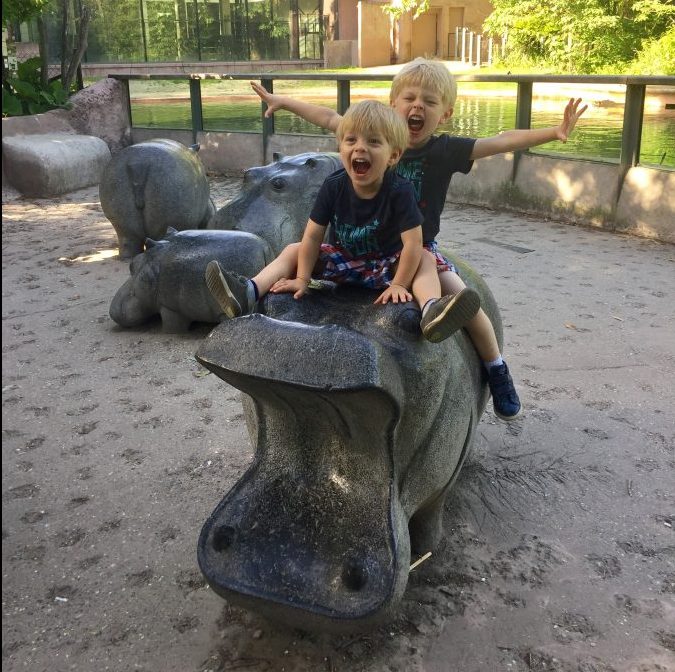 “Is the park closed?” my husband asked, checking the time on his phone. It was 6:30 on Monday evening – our daughter was at a lock-in at her elementary school.

“I don’t think so, I didn’t hear any announcements, plus I checked last night – it’s open until 7,” and I shrugged. He checks his phone again. We discover (a little too late) that the zoo is open until 7 on Sunday evenings – but closes at 6 during the week. We hightail it to the entrance, passing curious animals, and laugh with our sons that we’re about to have a slumber party with the lions. The guard smirked but let us out and shut the gate behind us.