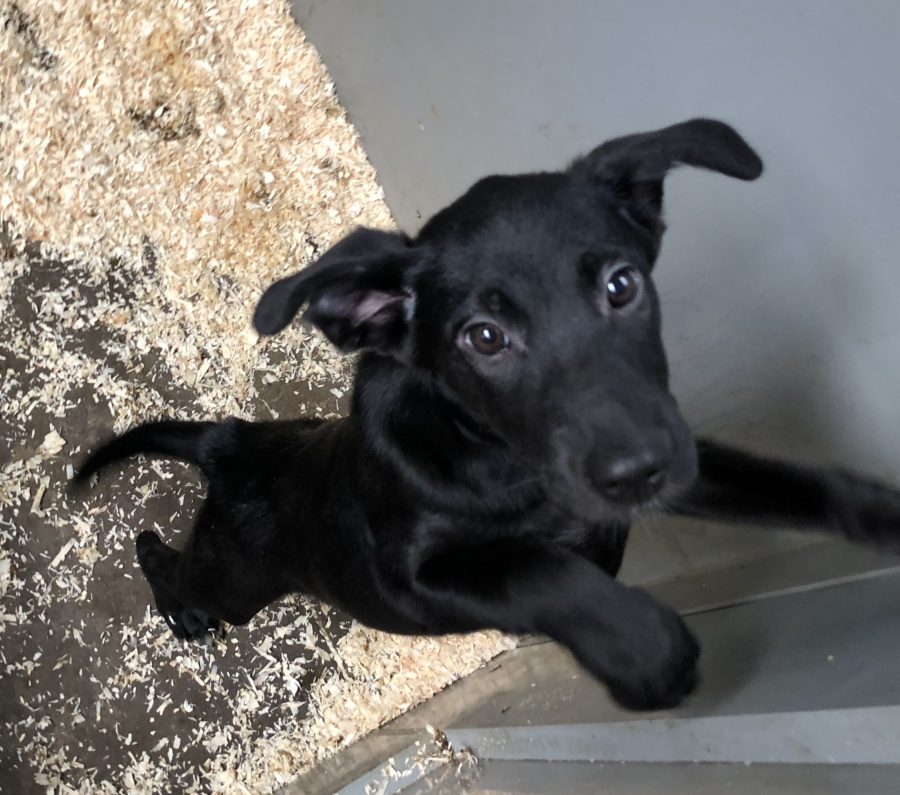 “Nowhere, yet,” my husband mumbles. “And don’t say anything, in case we don’t make it on time,” the GPS estimated arrival time edges closer to our destination’s closing time.

“You think I don’t know that?” I roll my eyes but release an anxious breath. The sun is blinding as it descends during rush hour traffic.  “Don’t worry,” I whisper. “We’ll make it,” and I pat my husband’s hand. “And if we don’t, well. It just wasn’t meant to be.”

He casts a glance at me and presses the accelerator. Determined.

We weave the car through fields – grasses front the tiny road on both shoulders. The car hops and leans into curves until it sighs a breath of relief in the gravel parking lot.  We rush the three children out of the car. “Hurry, hurry,” we instruct. People are loading bags of mulch in the back of their cars. We edge the garden center towards the building on the left – each of our three children literally jumping with anticipation. “Where are we going? What are we doing?” they shriek around us. And then. The sounds reach their tiny ears. All three stop in their tracks. “Really? Really!” they shriek – my daughter and three-year old son racing towards the building screaming with excitement while my middle child screams in horror and tries to retreat to the car.

That’s the day we met our new puppy. Holden and I were not convinced our family needed a new dog. Between being expats and the mania our household contains daily, I had been holding off getting a new dog.

Our family had dogs before – it was how I met my husband. Walking our dogs. Tyler was two years old and Dash was just a puppy. “You know, Vinny only got that dog to met girls,” his friends told me. “Well, it worked,” I responded with a sweet smile. I loved my Tyler – half German Shepard and half red heeler. He was there for everything and for me. When I was a single girl he greeted me when I got home from work and my nights out. He helped me meet my husband. He greeted all three of my children upon their return from hospitals with anxious and happy energy. Dash? Well, he was a border collie – and not the best dog for anxious-inducing children – but we loved him too. The kids often asked why Dash was so angry. I just shrugged and told them that Dash’s job wasn’t to listen to bedtime stories and give cuddles like Tyler. His job was to protect our house from monsters. Dash was so fierce that he scared them all away. Everyone was happy with this segregation of duties.

Dash and Tyler walked down the aisle at our wedding. They chased bikes in Leiden, hauled up and down treacherous Dutch stairs, and basked in the Texas sun upon our return. Nine months after we returned to Texas (about two and a half years ago) Tyler’s legs started failing him. Spinal deterioration and all those terrible things.  We said goodbye to Tyler in our home and an orange butterfly whisked around his body as the vet carried him out. I suppose I’m fortunate to say that it was one of the most heartbreaking moments of my life – losing a dog, but it’s true. I was crushed. And so were my children. Holden, just three years old at the time, kept looking for Tyler – asking when he was going to come home. My bruised heart sunk deeper. “He’s dead! He’s not coming home!” my daughter gracefully told him in the car one day.  Holden screamed back at her, then grew silent – sadness consuming me and my family.  Three weeks later Dash died unexpectedly while we were on a European vacation we had planned long before we knew Tyler was ill. We were on the phone at two in the morning with my friend who was at the vet with him in Texas. “He’s gone, he’s gone,” she sobbed into the phone. I stared out the window into the Parisian evening and cried. Under the dim lights of the AirBnB my husband and I sat processing the unexpected. Both of our dogs, gone.  We felt helpless, defeated, and exhausted. A door opened. Our daughter, who never woke up at night anymore, padded into the dim-lit kitchen. “Honey,” I said, hiding my tears. “What are you doing out of bed?”

“I had a bad dream,” she squinted and rubbed her eyes.

“Really? What about?” I’m distracted by our terrible news and I just wanted us all to go to bed.

“I dreamt there were monsters in my room,” and goosebumps raise on my arms and neck. My attention is snatched. Dash. Dash. So fierce he scared all the monsters away from our house.

I swallowed hard. “Monsters? In your room? Like in Texas?” the words were like cotton on my tongue.

“Yes, Mama. Monsters in my bedroom in Texas,” she whispered.

Tears freeze in my eyes – the chills are so intense. I stare at my daughter as if she’s a ghost. “Uh, there’s no such thing as monsters,” I mumbled, dumbfounded by the entire evening. I gave her a tight hug and I ushered her off to bed.

Two and a half years later, my husband is in our Antwerp living room on his phone. Nothing out of the ordinary until he turns to wave a photo of a white fluffy dog in front of my nose. “Look at the puppy!” he says. And I roll my eyes.

“I’ve told you and told Cosette and Brecht. We’re not ready. The whole summer is coming up and we’ve got travel plans and all the kids will be home and I don’t know if I’ll ever be ready. It’s so nice to have the freedom to go places on the weekend without a pet, and Holden doesn’t even like dogs anymore and. . .my heart was just broken after Tyler and Dash died and I just. . . I just don’t even know. . .and. . . and.” I ramble.

My husband frowns. “Yes. You’re right. But look at the puppy!” he says.

A white fur ball laughs at me. “Um. No. For the ten thousand reasons I’ve already told you, but also just look at all that hair! That’s a shedding nightmare,” he shakes his head.

“Besides. . . we’re not. . . white fluffy dog people are we?” he pouts. He had a couple white fluffy dogs as a kid. One of which was named Stoffer (which is dust mop in Dutch). I grab his phone and take a deep breath. I’ll humor him. I always knew. Just like with everything, when I saw it, I’d know. I scroll.

I sweet black puppy stared back at me from the shelter website. Her eyes dark and brooding and turned down at the edges – a hint of sadness.  She was half border collie – half labrador – a Borador. We googled it – curious, energetic, playful, and sweet. Basically just like my kids, on a good day. A great family dog.

“That’s the one,” I whispered. Then kicked myself. We’re not ready! Right??

But my husband called the next day to see if she was still available. We loaded the kids into the car on a Wednesday afternoon, weaving through Antwerp traffic, and racing towards an animal shelter on the outskirts of Gent. Throwing the car into park and high-tailing it through the adjacent garden center parking lot. We gave ourselves, and our children, the surprise of the year.

I know. I know. There’s no such thing as ‘just going to look’, especially if you take the whole family with you. We pointed to the dog we saw on the internet. The attendant smiled and let her out of her kennel.

The sweet puppy was shy – tucking herself behind a bale of hay as my children tried to introduce themselves. I fell in love with her immediately. We didn’t need a crazy, overbearing puppy. We needed one that was shy to offset all this mania!

But she was curious and eventually warmed to Cosette and Brecht, while Holden stood on the perimeter. We pet her and cuddled her and told the attendant we’d think about it and call the next morning.

The debate didn’t last long. This was it. Mama and Holden’s plans to remain pet-free were thwarted; although I don’t think either of us were really upset about it. The following Saturday Holden volunteered (with an anxious but excited heart) to accompany my husband and Cosette to pick up the puppy. They went to the pet store, bought all the goods, drove to Gent, and brought her home. The newest member of the family.

A month plus in, I’m so happy we adopted her. Sure, the midnight wake-up calls or house training adventures are a challenge. But after three kids? A puppy isn’t so bad. I can leave her outside by herself and feed her only twice a day. She’s a happy, joyful addition to our family. My youngest is thrilled he has someone smaller than him to boss around. He’s always yelling at her in Dutch “Niet, bijten!” (No biting!) Which again, gives me insight as to what he learned at school.

“What shall we name her?” I asked the family. We decided on Schaduw. (Sha-doo) The Dutch word for Shadow. Because she’s black, Belgian, and because she’s always going to follow us around everywhere we go. Welcome to the family, Schaduw. Tyler and Dash would have loved you, too.