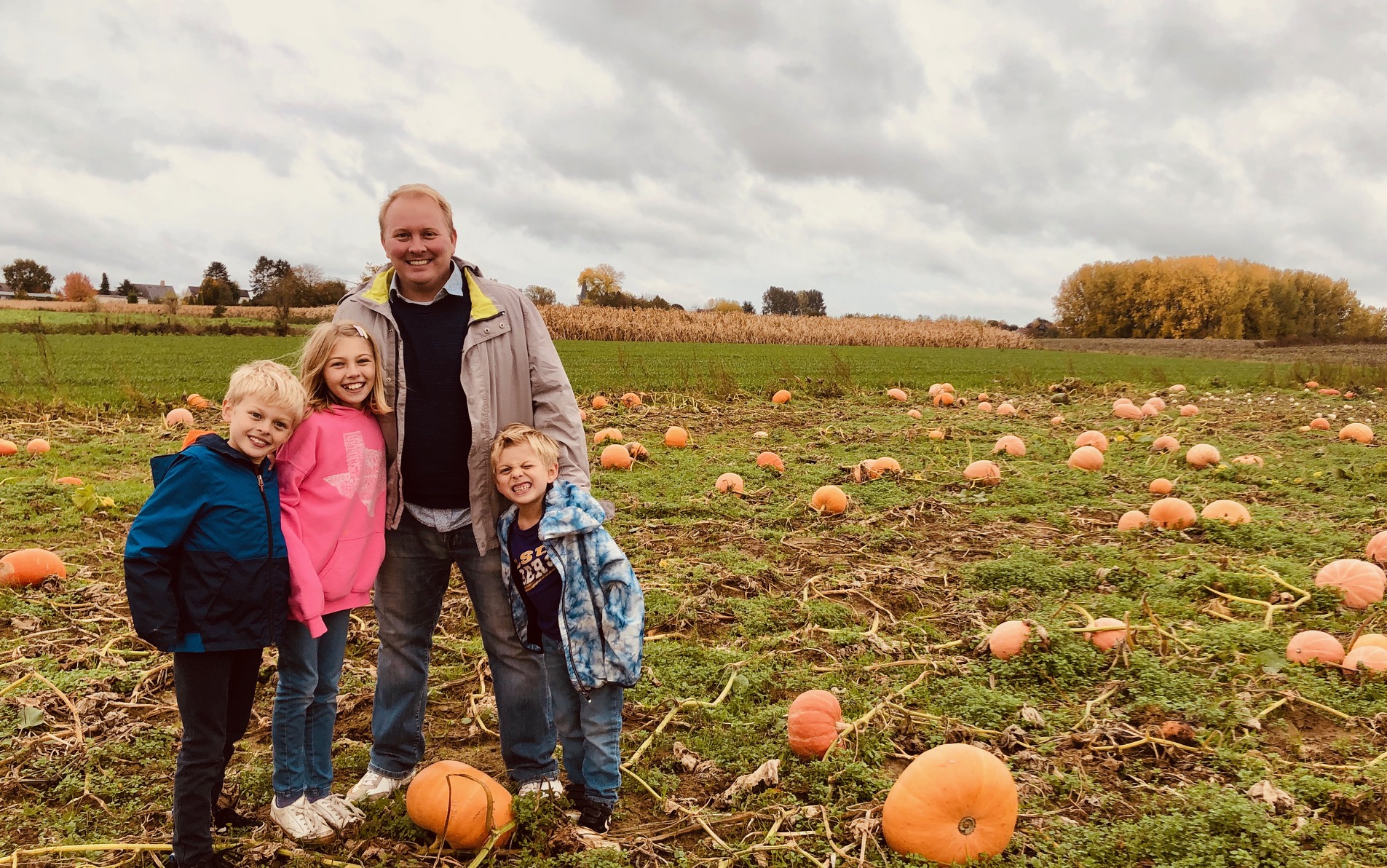 Saturday evening, October 24, 2020. Our family had spent the afternoon underneath the flittering golden leaves of the Draakplaats. The restaurants and bars ringing the neighborhood square were shuttered, but the basketball court, playgound, and spaces-in-between were speckled with children. Vinny and I watched our children bike and rollerskate on the asphalt, their wheels slipping on the fallen leaves. The sky turned dark and we weaved through the streets of Zurenborg to return home.

With the scent of fall still lingering on our clothes, I was inspired and popped It’s The Great Pumpkin, Charlie Brown into the DVD player.  My husband and I gathered our children (and dog) around us on the sofa. We laughed at Sally and Charlie Brown, felt sorry for Linus, and gawked at Snoopy as he crossed the French countryside. “You know, we’ve driven through those WWI French hills and battlefields,” I told the kids.

“Mama! I want to go to a pumpkin patch!” Holden requested that night at dinner. Question marks danced over my head. I’d have to use my trusty Google skills to find this one. 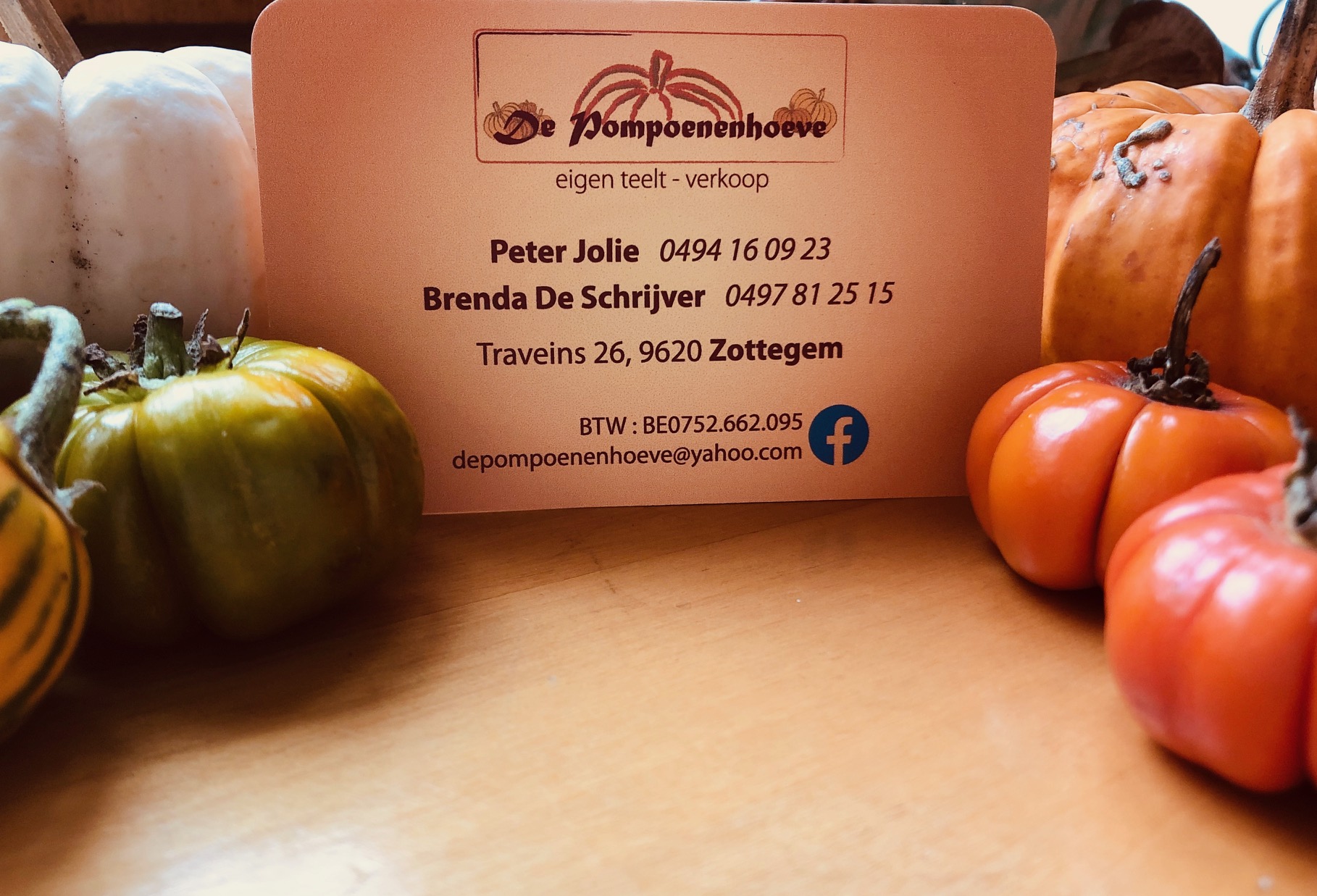 Despite all odds, I found a Belgian pumpkin patch. For the past few months, our family has gotten creative in what we like to call “Sunday Funday”. We’ve explored and adventured, in Corona-saavy ways.

“I have our Sunday Funday activity!” I told my husband after Google’s search results popped up.  He was just as excited as I was. (And we hadn’t even told the kids, yet).

De Pompoenenhoeve is in Zottegem, about an hour from Antwerp and half an hour south of Gent. We pulled up to the house and piles of happy 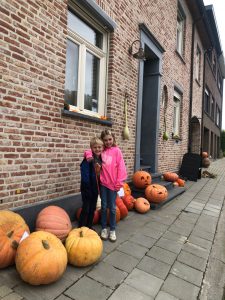 pumpkins welcomed us. We passed under an arch and an enchanting parade of pumpkins stretched to the back of the garden. A man came out of the house and greeted us.

I smiled from behind my mask, “Hello, we live in Antwerp, but we’re from Texas (actually, I did attempt a little Flemish – Wij wonen in Antwerpen maar wij komen uit Texas). Smooth. I know. He continued the conversation in English. He told us a Brazilian couple had visited him from Mechelen the day before. 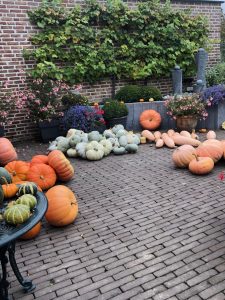 He encouraged us to explore his cornucopia of pumpkins. He was very knowledgeable, and he educated us on all the different varieties of pumpkins. “Those ones there? They are black cats,” he said. Brecht picked one of those as his own.

We crossed under a pumpkin tunnel at the back of his garden and we gawked at his largest pumpkin, “It’s 600 kilos,” he said proudly.

“You sell pumpkin beer too?” my husband eyed another display.

“Why yes. Of course,” he said, and he brought a six-pack out of the garage.

My children darted around the displays, gathering pumpkins. Cosette picked six small ones and Holden picked the largest one he could carry.

“I saw on some news articles, that you typically have a pumpkin walk. But because of the coronavirus that’s all canceled?”

His face fell a bit, “Yes. Usually, we have lots of fun – the pumpkin walk, we sit on the patio drinking beers. It’s very festive but not this year.”

I gazed around as his adorable display. Thousands of pumpkins surrounded me. What would happen to all these unsold pumpkins in a few weeks? A silent sadness lingered in the air. 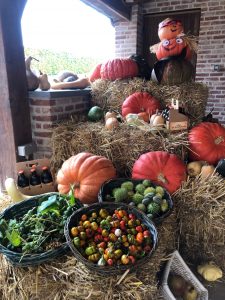 “You grow all these yourself? How long have you been growing pumpkins?” I asked, trying to not think of his spoiled harvest. He told us his farm was just a couple minutes down the road and that he’d been growing them for four or five years. 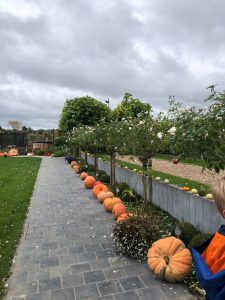 “The first right,” he said. “Take the road on the first right, just two minutes away. You’ll see the patch. Good for photos,” and we thanked him for the pumpkins, beer, and the directions.

We turned the car onto a one-lane road. Vinny, as usual when he drives backroads in Belgium, began to get a little nervous. “He said it was only two minutes,” I reminded him.

We turned a corner, and happy orange pumpkins dotted an otherwise brown and green field. “There it is!!” the kids all screamed. And we parked the car and tromped through the mud to get really cute photos.

The kids were ecstatic – they ran through the mud, reenacted the Snoop-rising-out-of-the-pumpkin-patch-scene, and climbed on top of what must be next year’s largest pumpkin. 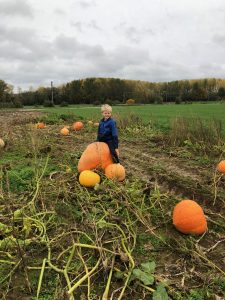 “Our very first pumpkin patch!! That was awesome, Mama!” and with mud all over our shoes, we climbed back into the car thrilled with our new discovery.

In all our years of living overseas, we’ve never had more pumpkins in our house. Trick of Treating might be a little. . . iffy . . .this year. But I’m thinking there’s no reason why we can’t have a “pumpkin hunt” around the house on Halloween night. (Easter Egg Style).

In a time when everything is canceled – the seasons, the holidays, and my children refuse to concede. And isn’t that a good lesson for us all?

“There are three things I’ve learned never to discuss with people: religion, politics, and the Great Pumpkin.”   – Linus Van Pelt. 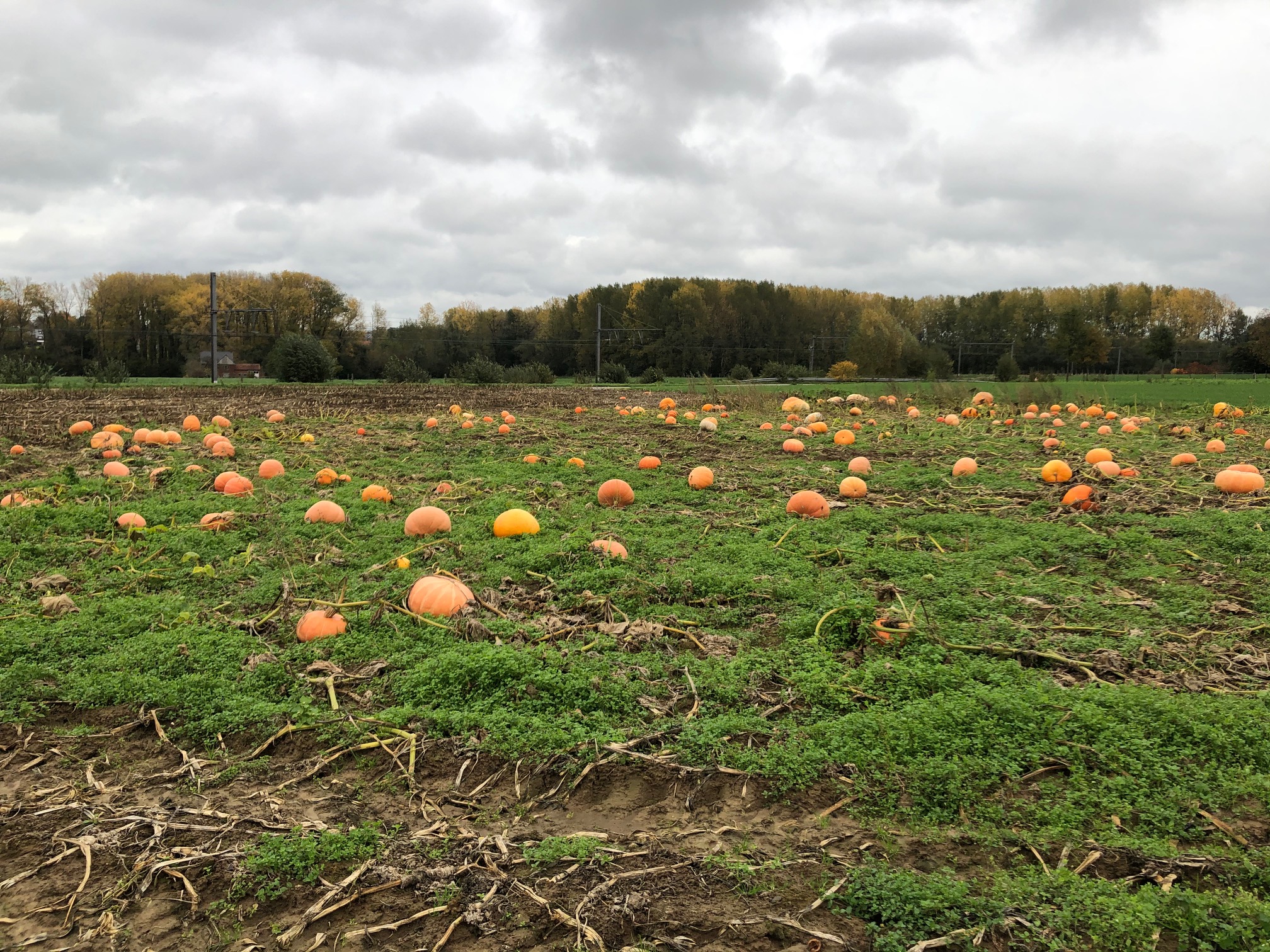