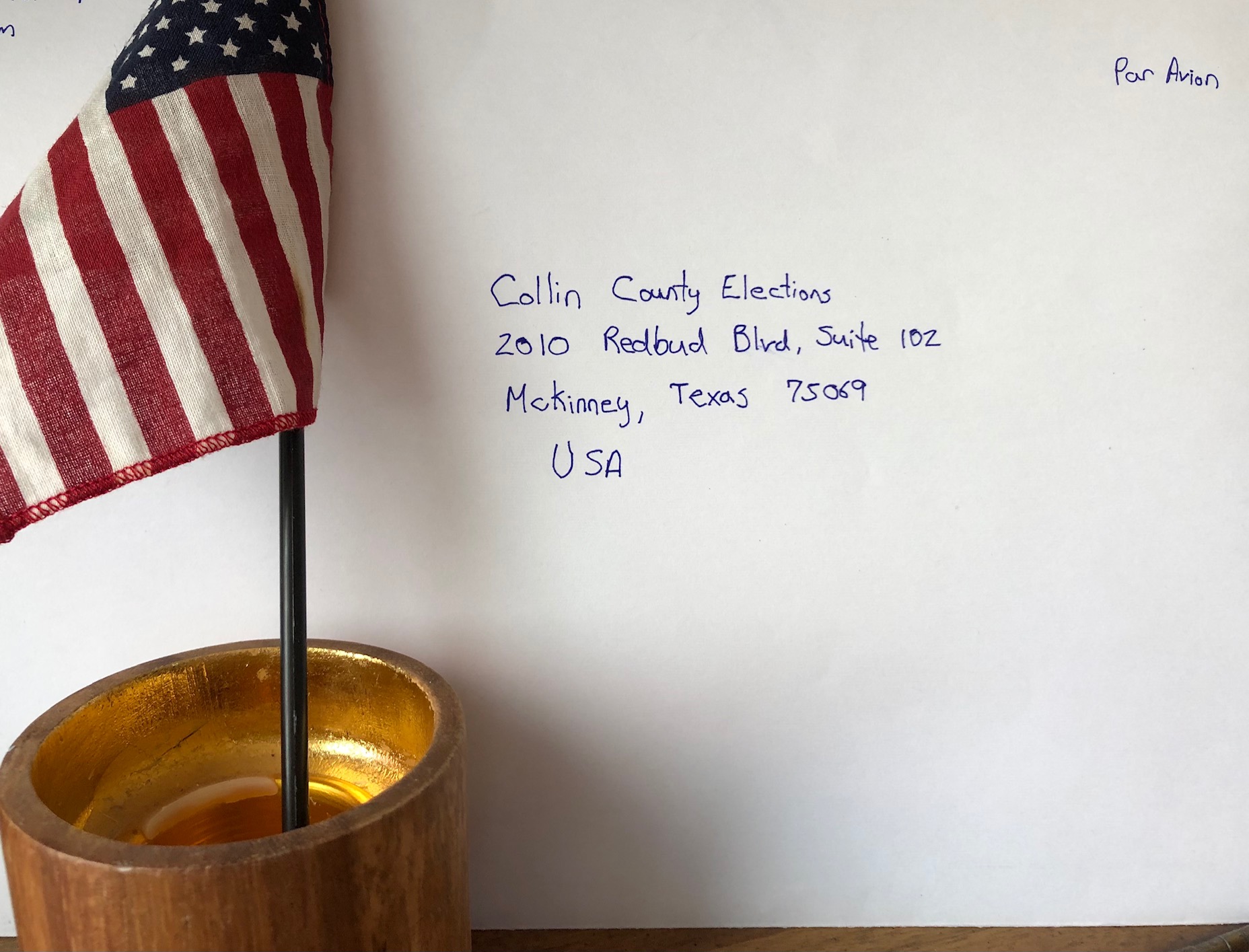 UPDATE: I’m happy to announce that a version of this post was published by the Plano Star Courier in Plano, Texas (site available in the U.S.)

And on The Brussels Times https://www.brusselstimes.com/opinion/141900/an-american-perspective-from-within-and-without/

Years ago, during the plane’s descent onto a runway surrounded by South African grasslands my friend turned to me and said, “Quick. What is your opinion of Bush?”

We’d been traversing the globe for 24-hours. We were jet-lagged and dirty and all I could think about what how I wanted to get off the plane to sleep, shower, and eat decent non-airplane food. This was hardly the time for a political discussion.

“What? Bush? What about him? I have no opinion,” I told her as I gripped the armrests with white knuckles. Landings are always my least favorite. I was barely in my twenties. I was holding down a job where I worked seven days a week for two years straight. In public accounting, a dental appointment was considered a selfish indulgence. I had no time to care about politics.

“Well. You’re going to need an opinion,” she said, but I just looked at her with confusion.

That trip, we listened to Neil Diamond in her father’s BMW as we darted through farmland that reminded me of Muleshoe, Texas. I heard Howard Stern’s voice on the radio. And yes, I was the recipient of a heated lecture (harassment) by a friend of my friend who did have an opinion about Bush.  He shared his strong opinion with the only American he’d probably ever meet in his life at a BBQ. I left the room in tears wondering how and why the South Africans knew and cared more about America than I did.

“If the price of the dollar goes up, so does our price of bread,” my friend said. I left South Africa still puzzled by the logistics of it all, but I understood one simple fact: While America ignores most of the world, the world has its eye, always, on America.

In November 2016, we awoke to the news that Trump had been elected President. My husband and I walked wearily to a coffee morning at our children’s new Belgian school. Our children had only been enrolled in the school for a month or so, but everyone knew who the Americans were. Eyebrows were raised in our direction.

“So, what’s going on at home?” they asked as they stirred their coffee.

“Um, we’re not sure,” our eyes darting between our coffee and the ground. “But we think they’ll be calling the election soon.”

“Mama! Mama, so there’s this thing in America called electric college,” Cosette and Holden shouted the other day as we were walking into Antwerp.

“Electoral college,” I corrected them.

“Yes! And the magic number is 270!” they continued. My husband and I looked at each other wondering if one of us had enlightened them.

“Cosette? Holden? How in the world do you know about America’s electoral college?” I stopped them.

“From Karrewiet!” they sung in unison and continued to ramble on more about the voting process in America.

My children watch a Belgian news program at school called Karrewiet. Nearly every day, they are educated on world news in Flemish. Just when I thought I’d been failing my American children on their U.S. Government education, I realized that they, along with the rest of Belgium school children, are learning about it.

The news program showed American flags burning after the assassination of the commander of Iranian forces back in January. My daughter came home in tears after a child in class harassed her about it. She’s learning at ten years old what I learned in my twenties. It’s not always easy being the only American in the room.

In June of this year, the coronavirus restrictions relaxed here in Belgium. Like everyone else, my hair needed some care and color. Instead of visiting my regular hairdresser in the Netherlands, I booked an appointment with a local salon here in Antwerp.

The news all month had been troubling me. Recently, on an expat phone call with women around the world, another American woman had stated, “Not only am I feeling a bit lost in my new country, but I am also feeling a huge disconnect with what’s going on in America right now.” I think all Americans abroad have the same feeling. Not only have we been unable to travel home, or have visitors, but as we turn on the news, talk with friends and family at home, and listen to our Belgian news on the radio, I feel as if my country has become. . . unrecognizable.

I walked into the salon in June and a man greeted me. He sat me down in his chair and asked me what I wanted. As he started to color my hair, he asked me where I was from. Images of protests and tear gas crossed my eyes. Belgium trains painted with “Please, I can’t breathe,” passed through the country. I have always been a proud American and a proud Texan. But for the first time in the seven years I’ve lived overseas, I hesitated to answer his simple question. Where am I from?

“America,” I whispered to him.

He looked at my masked face in the mirror above his own mask. And he said, “America. It’s a bit of a mess right now isn’t it?”

And at that moment I realized, he was black. I later learned he was from Sri Lanka off the coast of India. But with those words, “it’s a bit of a mess right now,” I wondered what he thought of me. A white. American. Woman. His skin color hadn’t even registered to me because I am an outsider in this country. I am an immigrant. Looking back on it, I saw him as so many other things – a hairdresser, a man, someone who speaks Dutch but is nice enough to speak to me in English. . . but as I looked into his dark eyes with the weight of those words lingering in the air between us all I could say was, “Yeah. It really is,” and the salon fell silent except for the sound of the background music.

A few weeks ago, Obama said that “our proud reputation around the world is in tatters,” and from my perspective, it is true. Most Americans may not be able to find Belgium on a map, but our local library displayed piles of American-related books starting in September. The titles and content were all in Flemish – Michelle Obama’s memoir, books by the Clintons, and books titled – Hoe is de Amerikaanse droom verlopen? (How Did the American Dream Go Wrong?)  A big sign loomed above the books stating Amerikaanse verkiezingen, Drie of November. (American Elections, Nov 3rd). The world is watching. 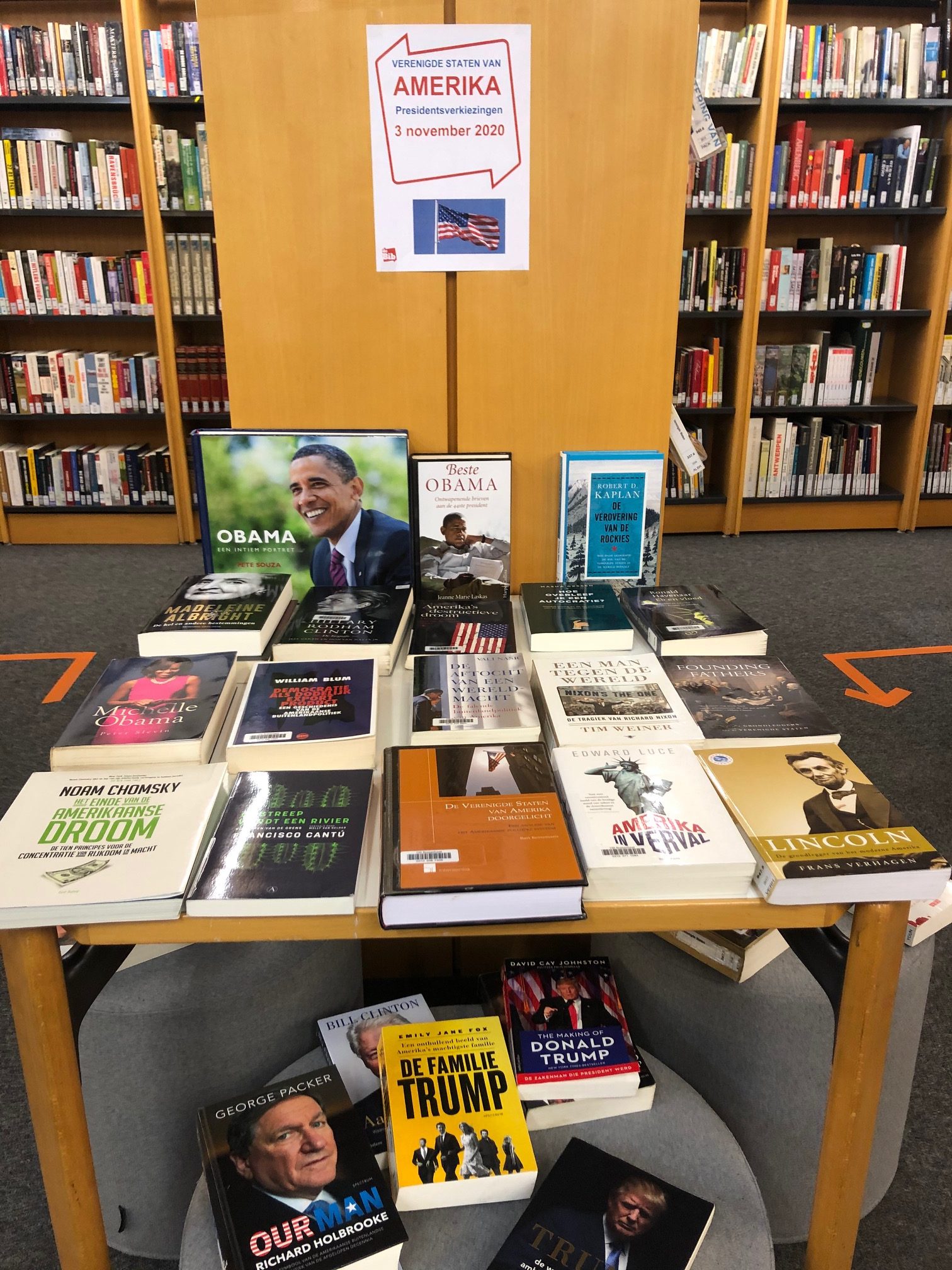 My husband and I requested our ballots back in June. We received them via email, printed them out, signed the envelopes, and drove them to our friends who have access to the military mail in Brussels. Our ballots were sent via the U.S. mail on October 5th and received on October 13th. Collin County has an excel spreadsheet to identify the mail-in ballots and it was updated with our votes on October 30th.

We voted. Unlike that moment of ignorance in South Africa, I have an opinion about the President of the United States. And because of all the twists life has taken me, I realize that it’s not just America that cares about America. It’s the world. As an American Abroad, I hope to hold my head high once again about where I’m from . . . and in a few years return to the land that I remember, and love. 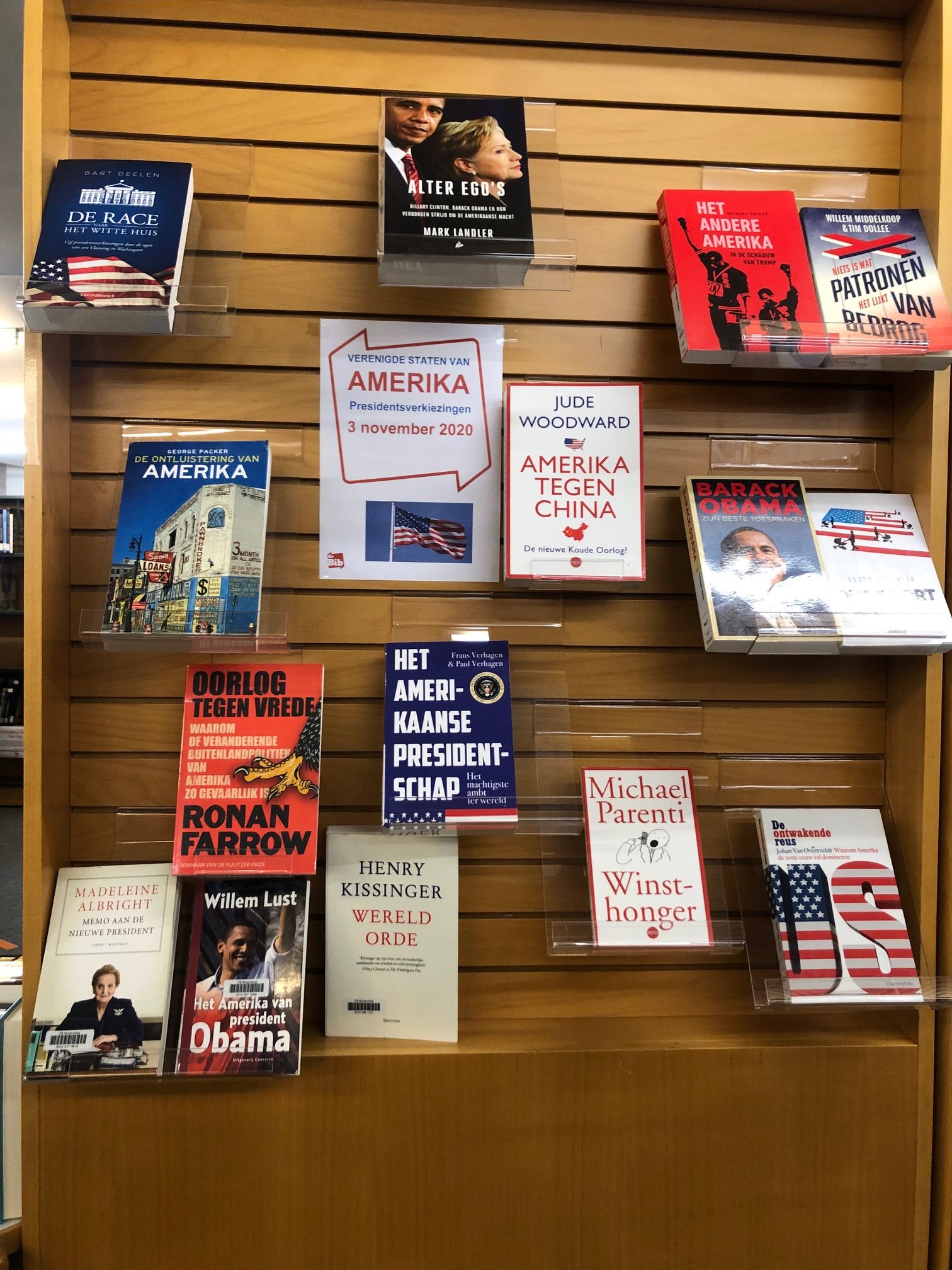