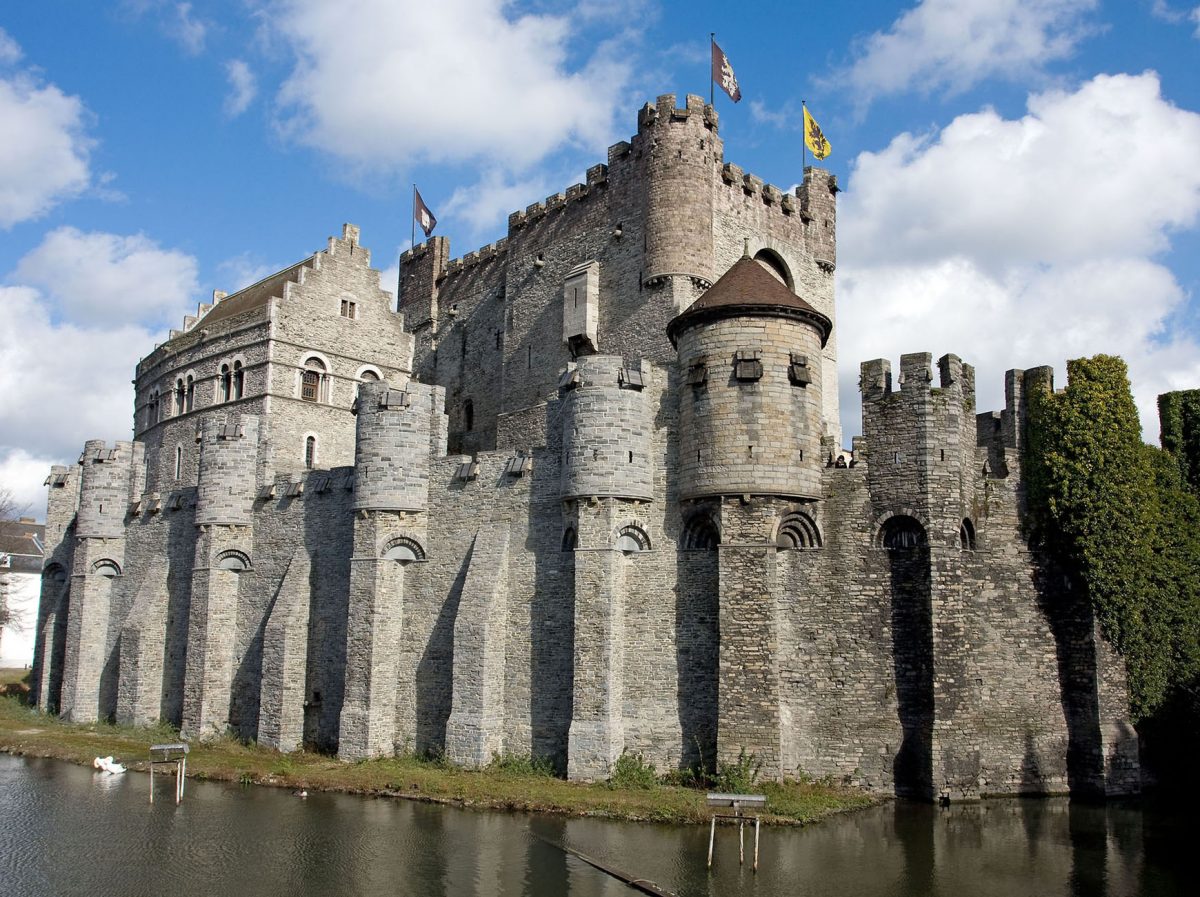 Our first week in Gent, we set out to explore the city. The grand castle in the middle of the city was a no-brainer on the “must visit” list. We walked up to the grand structure, flags on the top of the towers flapping in the wind.

The rates for the museum were 10 Euros for adults and free for kids under 19. The museum is self-guided with pamphlets corresponding to the exhibits. Like most castles, it was not stroller friendly, so we parked the pram at the bottom of the stairs and explored the ancient structure on foot. Suits of armor stood behind glass panes. The torture tools were well defined, although we kind of sort of skipped through that part. Along with the deep dark hole they used to slowly kill prisoners in. Most of the rooms were void of furniture, naturally. The views from the top of the structure were breathtaking and the courtyard provided a lot of room for three crazy jet-lagged children to run around in. We enjoyed our visit, but  I think it was best that we went on a warm summer day. The visit would have been a little less enchanting with the dampness seeping through the open windows and views obscured from the top.