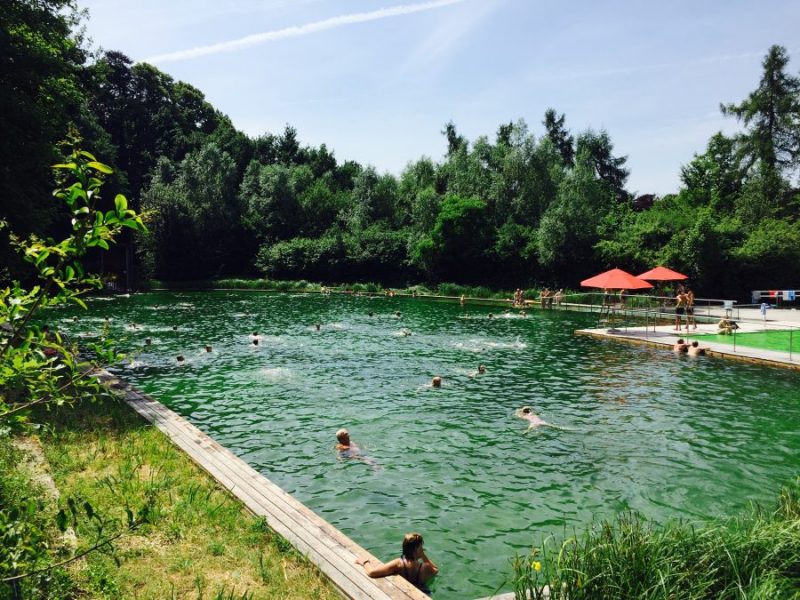 Every real Texan knows about Barton Springs – the natural pool in Austin filled entirely from a natural spring – and the truest of Texans have dipped their body into the chilly, but refreshing waters on a scorching hot summer day. It’s a rite of passage for natives, like floating the Guadalupe, sipping a Big O at Georges, or riding the Texas Giant at Six Flags.

Natural pools are few and far between – no matter what country you reside in, so imagine my surprise when I stumbled upon Belgium’s version of Barton Springs in a nearby neighborhood of Antwerp. (And its touted as Europe’s biggest ecological swimming pool!)

Boekenberg Park is located in Deurne, just a quick tram ride from the center on the 4 or 9, but there’s also parking all around the park. The pool opened to the public in May (although I’ve seen the Deurne Ijsbeers – the Polar Bears) taking dips in the icy water in the middle of winter. The admission is free, although the staff encourages you to bring a couple of euros for the lockers. It’s one of only two open-air pools in all of Antwerp. Like Barton Springs, there are no chemicals, as the plants purify the water naturally.

The castle on the grounds was originally built in 1752 and the gardens were originally laid out in a French-Dutch style. The entire domain was purchased in 1798 and soon brought about changes in the landscape – to a more English style, which was popular at the time. Artificial landscape accents were added – park caves, a stone bridge, and a Chinese pagoda (which was unique to Europe at the time). The ownership of the park changed again in 1838 and the iron bridge, which is still standing today, was added. The new owner, Catherine della Faille passed away in 1880, leaving the park to her grandson, Paul Cogels. His name may sound familiar, as he is the namesake for one of Antwerp’s most famous (and gorgeous!) avenues – the Cogels-Osylei. After his death, the park was sold to a real estate company to reallot the land. The municipality of Deurne purchased nearly one-third of the estate in 1913 and in 1926, the park became open to the public.

Today, the park also includes a large playground for the little ones, on the lawn of the old castle. Running trails weave through the grounds, skirting streams and ponds full of ducks and other birds. A cafe’/wellness center called simply, The Park, is in the heart grounds. The athletic can attend fitness classes and the social can meet a friend for coffee (or a glass of wine). The park also hosts events throughout the year such as a winter festival, a visit from Sinterklaas, and small concerts. Only the bottom floor of the Chinese pagoda remains – at the top floors were demolished in the 1950s due to the damage to the ground floor, but many of the other structures – the bridges, towers, and of course, the castle, still remain.

Click here for more information about the swimming pool 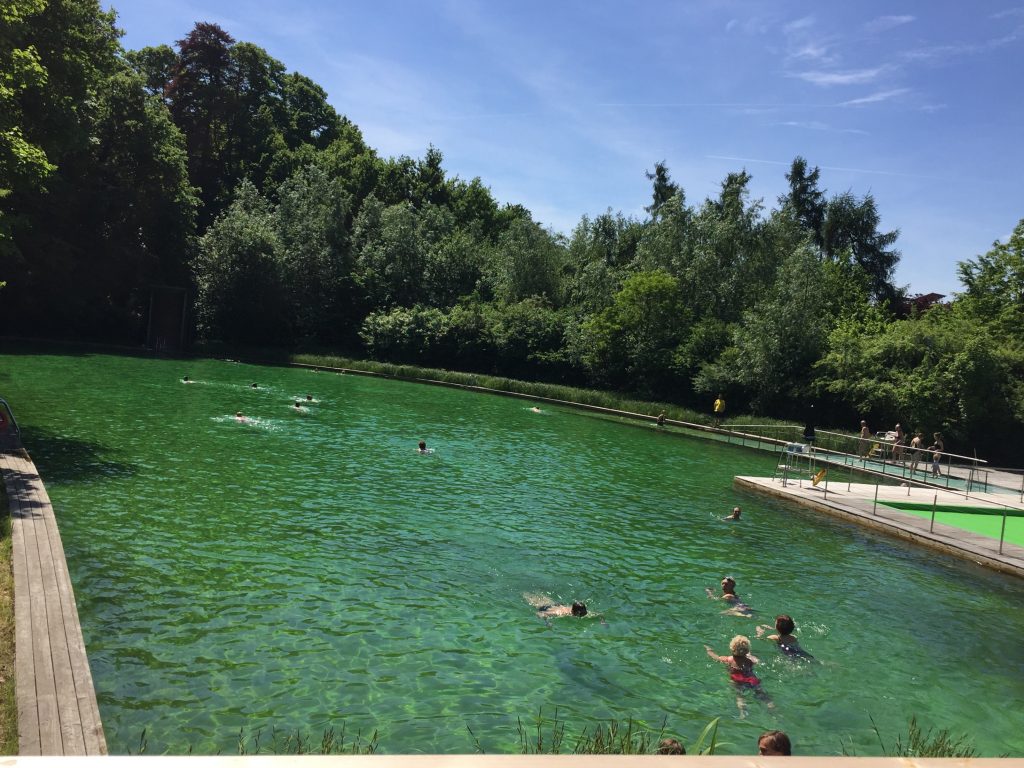 Click here for more information about events & activities at The Park