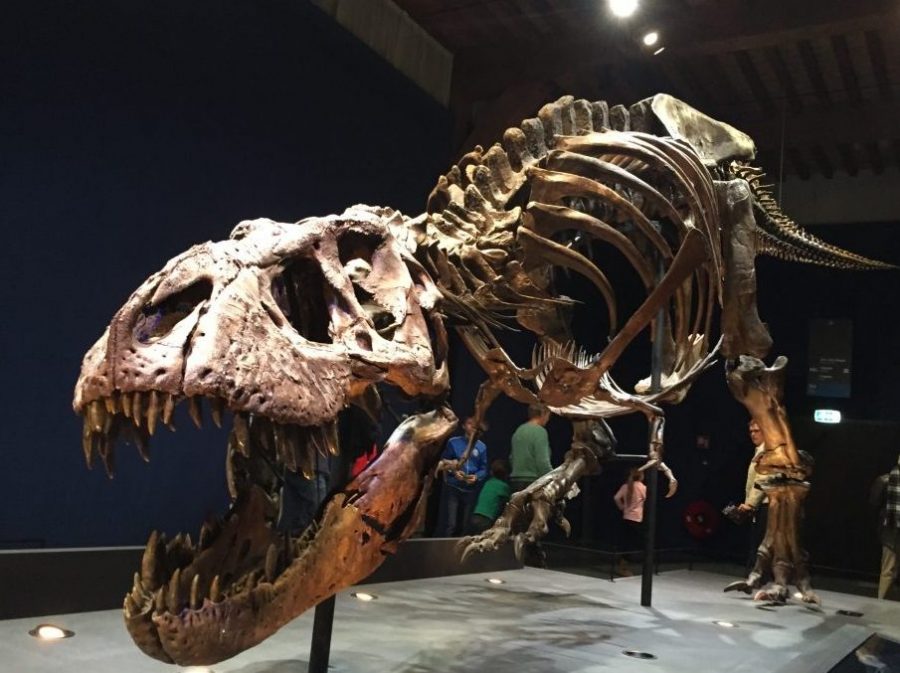 A robot Tyrannosaurus Rex howls, his thick neck stretching towards the imaginary night sky.  Red blood covers his pointed teeth and jaws. He finishes the terrifying growl then ducks his head back into his dinner. Red guts are spilling from the body of the Triceratops as it lies limp on it’s side. 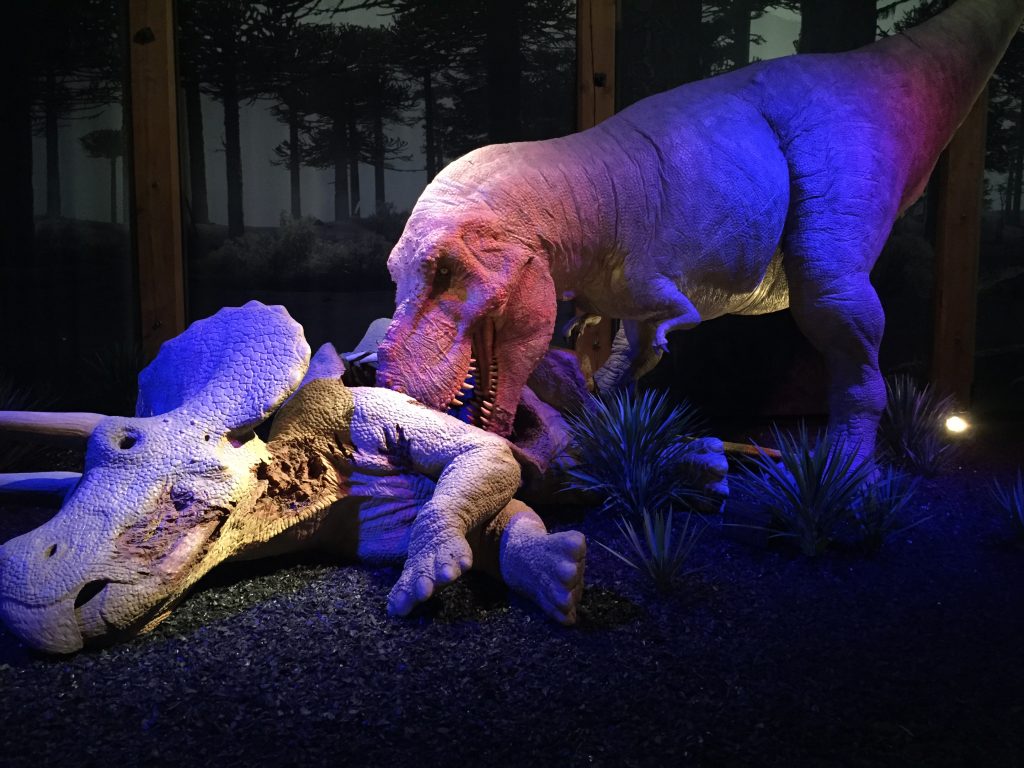 “Geez man, way to get graphic, Europe,” I whisper to my husband, between the disgusted groans and giggles from my children.

The Naturalis in Leiden was one of our favorite museums to visit when we lived in the Netherlands. It’s a short walk from the Leiden train station through the medical district. It had four floors filled with exhibits that my children gazed at in wonder – ranging from dinosaurs, to the human body, and stuffed specimens of every animal imaginable. Currently, the main part of the museum is closed for renovations until the end of 2018, but an exciting temporary exhibit, showcasing the Naturalis’ own dinosaur skeleton, is drawing visitors from around the globe.

The research team from the Naturalis in Leiden first discovered small foot bones in the summer of 2013 in Montana. At the second site, they hit the jackpot, and shockingly discovered a nearly-complete skeleton of a Tyrannosaurus Rex. It ranks among the top three most complete skeletons of a T-Rex in the world.  Affectionately known as Trix, (after the former Netherlands Queen Beatrix) the Tyrannosaurus Rex lived nearly 66 million years ago and was roughly 30 years old at the time of her death.

The process of moving the dinosaur to Leiden did not come cheap and there were large campaigns in the city to promote fundraising to bring the dinosaur home. Collection containers were set around Leiden’s cafe’s and shops for spare change.

Like other American expats, the dinosaur left for Amsterdam out of Chicago on a KLM flight. She arrived in Leiden late August 2016. She is the first (and only!) T-Rex to put down roots in Europe. She’s at home and on display in Leiden until June 5th, so hurry if you want to catch her before she goes on her international tour. She’ll return once the renovations are completed in late 2018.